After finishing my master’s degree, I applied to several companies I was interested in. During one of the selection processes, the interviewer asked me to do the following exercise:

Fortunately, I was already familiar with the assignment because I implemented a statically typed programming language a year ago. Consequently, I decided to take this as a chance and do something different than the rest of the candidates. Spoiler: free monads!

The concept of free monad comes from the field of category theory (CT). The formal definition requires a strong background in CT. So, to keep this pragmatic, we are going to consider the following definition:

For any functor $f$, there exists a uniquely determined monad called the free monad of the functor $f$.

Probably this definition is still too general, so let’s see how this is translated into Haskell. In particular, we are going to base our work on the encoding of free monads of the haskell package free by Edward Kmett et al. The definition is as follows:

Free f is simply a stack of layers f on top of a value a.

The interesting part about Free f is that Free f is a monad as long as f is a functor.

This will allow us to compose free actions by embedding new layers on the bottom of the stack of layers, which is essential to model domain specific languages.

In practise, the user builds a free monad stacking layers of their domain specific language modelled as a functor. Later, it executes iter (or its corresponding applicative and monadic version) to interpret and collapse each layer into a single (effectful) value.

In the next section, we will see how to put that into practise.

First, we need to define our language. We are free to model any kind of language, but the type that represents our language must be a functor. Otherwise, our language will not be able to be composed using bind (=<<).

Here is the sum type representing our byte code language:

Next, for each constructor of our ByteCodeF, we need a function that lifts ByteCodeF into ByteCode. For example, here is the definition of that function for Lit:

Implementing this for each constructor is tedious and error prone. This problem can be solved with metaprogramming. In particular, with template haskell (for an introduction to template haskell see my blog post). Fortunately, this is already implemented in Control.Monad.Free.TH.

Therefore, we are going to use makeFree to automatically derive all these free monadic actions

which generates the following code

The actual signatures use MonadFree which is an mtl-style class that allow us to compose FreeT with other monad transformers. We were able to monomorphize the return value MonadFree f m => m ~ Free ByteCodeF thanks to the instance Functor f => MonadFree f (Free f).

Once we have the basic building blocks of our language, we can start building more complex primitives using monadic composition!

Now that we have the building blocks to construct our domain specific programs, it is only remaining to implement an interpreter to evaluate this embedded DSL in our host language Haskell.

iterM allow us to collapse our Free f into a monadic value m a by providing a function f (m a) -> m a (usually called an algebra) that operates on a single layer of our free monad. If you are familiar with recursion schemes, iterm is a specialization of cataA.

This may sound confusing at first, but it is easier than it looks like. So, let’s see how it would look like in our example. First of all, we need to choose the monadic value m. For our interpreted language, we choose m ~ Interpreter

where Ctx is the current context of our program i.e. the state of the stack and the memory registers.

Then, we specialize iterM to our example

Finally, we combine iterM and algebra to obtain

which allow us to interpret our embedded language in our host language. The result of interpret can be composed with other effectful programs and it can also be evaluated using runByteCode:

So far, we have built the following components:

Now that we have all the ingredients to create embedded stack-based programs and interpret them, we can put this into practise.

The source code from the examples can be found here.

This post only covered a half of the free package. In the next post of this series, we’ll explore the other half: church encoding, applicative free, cofree… 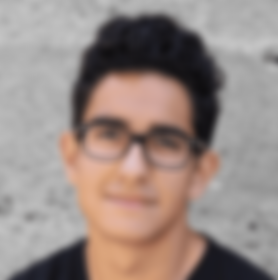